We run across some very interesting barcodes and probably every imaginable mistake, that leave you wondering, “How did they do that?” And some of the mistakes we encounter are so subtle, we marvel at how we discovered them. Have a look at a few samples, and have fun!

This barcode looks OK but it simply does not scan. 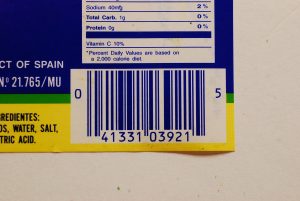 If you look carefully and if you know GTIN-12 (UPC) structural basics, you can figure out why, but if you have a scanner or a verifier, it will not help. The explanation is at the end of this article. 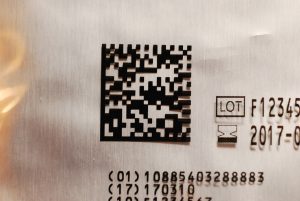 This symbol also looks quite good but simply does not scan.

You might think that the silvered background is the cause, and that is a good guess but incorrect.

Here too, if you look carefully and know Datamatrix structural basics, you can figure it out. A scanner or verifier will not help. See explanation at end of article. 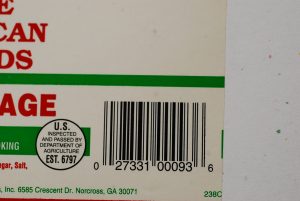 You will not be able to figure out the problem with this GTIN-12 visually. It scans perfectly which in an ironic way is the problem. If you have a scanner, see if you can figure out what the problem is. Otherwise, see the explanation at the end of the article. 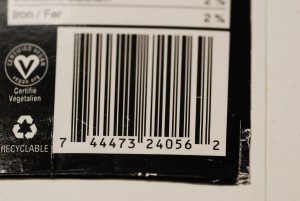 This is another example of the same problem with the La Banderita product above.

From a retail standpoint it would be a far better problem if these barcodes would not scan, but because they both scan perfectly, this problem, undetected, will wreak havoc with an inventory system.

One of them grades an ANSI A, the other an F. 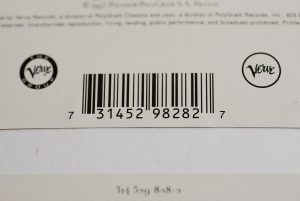 We wrote on them so you can tell which is good and bad. Can you tell why? You probably cannot figure it out visually but a verifier will tell you. 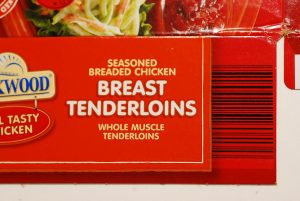 What is wrong with this GTIN-12 symbol? It might not be what you think. Is this a trick question?

Give in–or just want confirmation? Here are the explanations.

This barcode has a fundamental, structural defect. If you are familiar with GTIN-12 structure, you know that Version A has 30 bars and 29 spaces. This symbol is missing one bar on the right half of the symbol. How did they do that?

Basic structural rules of Datamatrix include the requirement that the number of elements, horizontal and vertical, must always be an even number. The result of this is that the top-right element in the clock track but always be a binary 0 or light reflectance element. The clue that something is wrong here is the dark element at the top-right of the 21 character top row of the clock track.

If you look very carefully at the left half of this symbol, you can see that something is wrong. Because there are two 3’s encoded on the left side, you should expect to see a repetitive pattern of bars and spaces. Those first of those 3’s is encoded by the 8th and 9th bars from the left; the second 3 by the 10th and 11th bars. They should be the same–and they are not. In fact this is not a GTIN-12–it is an GTIN-13 (EAN) and the left characters are not as displayed below this symbol, they are: 027531. Because of this encoding error, the check digit (6) is also incorrect.

Similar but different than Sample C, this barcode also has a mismatch between what is encoded data, which is 074473720569, and the human readables. Unlike Sample C, this is a GTIN-12 symbol.

This is an example of  how important it is to verify both barcodes in a two-up layout. You simply cannot assume both barcodes will be identical. In this case, the “Good” barcode grades ANSI A; the “Bad” barcode is an F due to Decodability, caused by serious dimensional errors in feature (bar and space) placement.

A trick question? Almost but not quite. The obvious defect might seem to be the deep red background color, but the reflective properties of this barcode are near perfect–it grades an ANSI A. It breaks the rules by having no human readables. 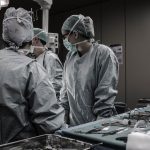