Pack Expo and Healthcare Packaging Expo convened last week. The show alternates between Las Vegas and Chicago, and we have attended at both venues for years. Barcode quality and verification is what gets me there and keeps me coming back. The barcode industry is evolving.

Scanner manufacturers have caught on to the opportunity represented by barcode verification. Many have written verification-like applications into their software and their marketing departments are touting it as 100% high-speed inline verification. Sounds good. Maybe too good.

Barcode quality has been my passion since the beginning—the beginning of my working career and of barcoding as a viable technology. Until recently, barcode quality has never really “caught on” in the sense of being on everybody’s radar. A barcode industry pioneer and sage, and the man who taught me almost everything I know once said, “You cannot sell a verifier to someone who has never had a barcode problem.”

That is no less true today. Many have jumped about the high-speed bandwagon and are compiling mountains of verification data—to what end?

Many of the visitors to our exhibit last week knew about barcode verification, and several of them had experience with inline verification systems. They spoke proudly of their name brand scanner solutions—and well they should. They are known, respected and expensive.

The Q and A that followed was fascinating:

Q: “How were your verifiers installed?” I asked.

A: In many cases, the answer began with a confident chuckle. “There was no installation—the scanners were already in place. The installation was only software—the hardware was already there.”

Q: “How was the system then calibrated?” I followed.

A: “Calibrated? What is there to calibrate? The scanners have been working perfectly for years.”

Q: ……long pause….”Have you had any problems with your barcodes (yet)?”

A: “Everything is working fine. What problems could we possibly have?” 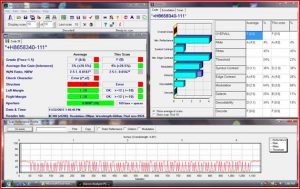 The conversation was pretty much over at that point. Everyone working in quality is familiar with this. The voice of my mentor echoed in my head. “You cannot sell a verifier to someone who has never had a barcode problem.” When the student is not ready to learn, the teacher does not show up.

Inline systems do not verify a barcode unless they are calibrated to emulate an ISO compliant verifier. That’s right—emulate. Most (maybe almost all) inline systems will never actually be ISO compliant barcode verifiers. A true, ISO compliant verifier must eliminate the effects of ambient light and address the barcode from a fixed angle and distance. Overwhelming the ambient light does not consistently eliminate its influence. Furthermore, a moving barcode scans at a variety of angles and distances. Other influences add variables. A packaging bouncing along on a bumpy conveyor is an additional factor. So are speed variations.

Assuming those factors are well controlled, how do you calibrate an inline system to emulate a compliant verifier? There are only two options:

There are deal-breakers. All verification except Direct Part Marking and certain forms of QR Code require 660nm lighting. White light strobes and constant lighting makes it impossible to measure and evaluate all of the reflectance parameters. Reflectance is the basis of scanning and verification. End of story.

These obstacles are overcome, an inline verification system can be effective. Is 100% verification necessary? That is a decision each user must confront and then live with. 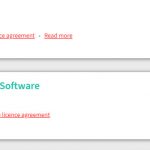