There are some symbol types that have a second tier of data encoding. The venerable UPC actually does this. Unbeknownst to most people, there are two character sets for the manufacturer portion of a Version A UPC. Let’s call them Character Set A and B. By arranging the six digits of the manufacturer ID in a particular pattern, a 7th digit can be encoded. Did you know that all Version A UPC symbols encode 13 digits? It’s true. But this does not make it a 3D barcode.

Tier 2 Barcodes are not 3D 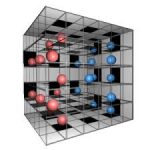 Denso, QR Code inventor and owner of the patent, has recently released a secure version of QR Code, called SQRC. This clever development allows some of the data in a QR Code to be available to anyone with a scanner. Someone with authorized access can scan the same QR Code and access an additional layer of secure data. But like a Version A UPC, this is not a 3D barcode.

The very special Aztec Code resembles a Data Matrix barcode, with multi-colored squares arrayed in a rectangular pattern. The color pattern encodes additional information beyond what the squares themselves encode. But this is not a 3D barcode. We call them Tier 2 barcodes. 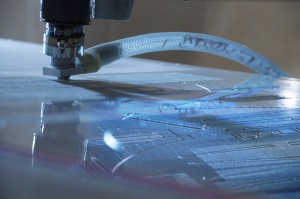 Marking a part or sub-assembly with laser, an acid etch or a mechanically imposed peen is called Direct Part Mark or DPM.  It will disrupt the substrate and technically create a Z axis. But the vertical dimension carries no intelligence and therefore, DPM is not a 3D barcode.

Reference to a 3D barcode is a misnomer. It is innocent incorrect speech. A true 3D barcode would resemble 3D checker or chess, and while that could give it impressive data storage capacity, how could it me imaged in print? Perhaps a holograph–someday?

The Next Big Barcode ProblemBarcode Advice 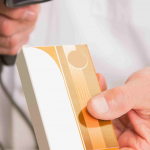