DotCode: A Real Solution to a Real Problem

AIM Incorporated, the trade association for the AIDC industry, has released the revised International Symbology Standard for DotCode. In their announcement, AIM described DotCode as follows:

“DotCode is a public domain optical data carrier designed to be reliably readable when printed by high-speed inkjet or laser dot technologies.  With this standard, real time data like expiration date, lot number or serial number can be applied to products in a machine-readable form at production line speeds.”

If successful, DotCode will solve a very real problem that has dogged some marking and scanning operations. This was perhaps brought most prominently to light when Walmart banned the use of high speed inkjet for the barcode marking of shipping cases. This was an embarrassment and a setback to the manufacturers of high speed ink jet printing systems and numerous installations where customers had invested in such equipment only to find that the barcodes it produced were unreliable. While it may not be possible to retrofit or otherwise upgrade legacy ink jet systems to print legible conventional barcodes at high speed, DotCode may be a workable alternative.

Efforts to improve the barcode quality without seriously slowing down conveyor speeds have been largely unsuccessful, providing an opportunity for an altogether different approach: a new type of barcode that is more tolerance to high conveyor speeds and the vagaries of ink jet technology. 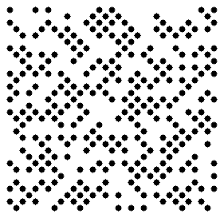 The International Symbology Standard for DotCode was initially released for public comment earlier this year. The current release will be the second public review, a summary of which can be viewed here. The updated DotCode document in its entirety can be downloaded here.

Access to the DotCode Revision 4.0 is complimentary, and the deadline for the second public review is September 1, 2017.

AIM or Automatic Identification and Mobility Incorporated, was founded in 1972, to be the worldwide trade association and authority in automatic identification, data collection and mobile networking. AIM began as a barcoding organization but has embraced other auto ID technologies such as RFID as they have emerged.

A typical path to an ISO/IEC barcode standard is for it to start in a working group within the AIM organization. Public comment is a component of that review, revision and submittal process. 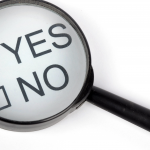